Written by Mimi Starr on Friday, 12 January 2018. Posted in Motovation and Inspiration

She was the perfect girl until she realized she was living a lie... 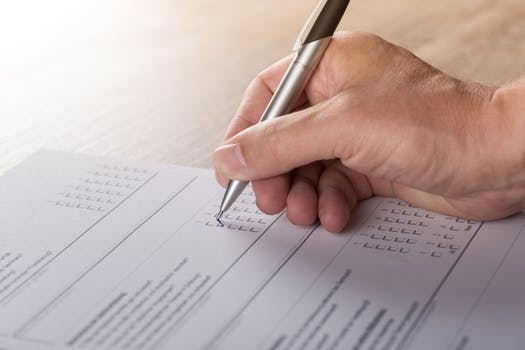 I was surrounded by a mob of girls, all screaming as though being paid for it.

On my left, Yocheved was sobbing, her face striped black with mascara.

“Can you believe it, Mimi?” she said. “We’re out of school! Four years of high school! All gone!” She sniffled and wiped her face on her sleeve.

My lips spread into a broad smile.

Yocheved looked horrified. “How can you say that? Aren’t you going to miss me?”

I laughed and punched her lightly in the arm.

“Of course I will. But nothing lasts forever, Yocheved. You know that. Now, you’d better run to your family before they start to think you left without them.”

She gave a watery smile and clasped my hand in hers one final time before disappearing into the crowd. I watched her go and then went to meet my family.

After only a few minutes of picture-taking, we pushed our way out of the broad auditorium doors and into the relatively peaceful hallway beyond.

The voice was inescapably familiar. Mentally groaning, I turned to face Mrs. Auerbach.

She beamed at me and her gaze fell on my mother.

At my mother’s nod, my teacher launched into the tirade both my mother and I had heard countless times before.

“I have to tell you what a pleasure it’s been to teach Mimi! She’s my star student, I’m telling you: Sometimes I feel like she’s the only girl in the class who actually listens to me!”

I laughed self-consciously as both women turned to smile at me.

“Thanks, Mrs. Auerbach. I really enjoyed your class this year.”

“It was my pleasure, Mimi,” she gushed. “Just remember: I’m expecting great things from you!”

I smiled and nodded earnestly, pulling my mother’s hand to lead her away. As soon as we were out of earshot, I sighed and rolled my eyes up into the back of my head. My mother laughed and swatted me away good-naturedly.

My name is Mimi Starr, and I have always been the good girl.

I could hear my parents whispering worriedly about my older siblings when they thought everyone else was asleep. My name was never mentioned. I’m the easy one; Most of my arguments with my parents have been about the amount of lashon hara being spoken in our home.

My younger brother and I had a top secret middos club until I was twelve years old. For several years, I kept a journal thanking Hashem for three things each day. Whenever I have the opportunity, I buy another mussar sefer, and my self-proclaimed dream is to help Jews connect to their Yiddishkeit.

My mother would be glowing by the time she came home from P.T.A., brandishing a notepad-full of compliments and promises of a bright future for me.

I was every teacher’s favorite from the very start: I received top marks and participated in class. I somehow managed to both write perfect notes and gaze into my teachers’ eyes as they spoke, nodding along earnestly.

“It was a pleasure to teach you” was scribbled on every final; “You will do great things one day” was written in the cramped margins of my report cards.

You get the picture. I was the good Chassidish girl, the girl who would marry a massive talmud chacham and raise fifteen ehrliche, God-fearing children.

Until I wasn’t the good girl anymore.

My family read innocent secular books and watched PG-13 movies, but that was it. My siblings had pushed that line a bit farther, and I now decided to do the same.

I hid the books under my pillow, sometimes sliding them into the jacket of a more innocent read. The computer was in the attic and the steps creaked, so I was safe there.

I was in trouble, and I knew it, but I wouldn’t let myself ask anyone for help. Telling anyone about what I had seen and done would shatter the façade that was Mimi Starr, the perfect girl who would do great things one day.

Finally, I got over my pride and told my sister. While she never did help me, just telling her was enough for me to realize how deep in I was, and I began the slow, excruciating process of pulling myself out of the abyss.

That was almost three years ago. It’s been a bumpy ride since then, but I’ve finally come to terms with who I am.

We’ve all done things we shouldn’t have, some of us more than others. Don’t be ashamed of who you are. You may have changed, you’re no longer who you used to be, but you, and only you, can decide whether that’s a bad thing. What will you do with the new you?

Now, I’m going to be great.