Written by Mimi Starr on Tuesday, 27 February 2018. Posted in Working on yourself

I've always had to have the last word... 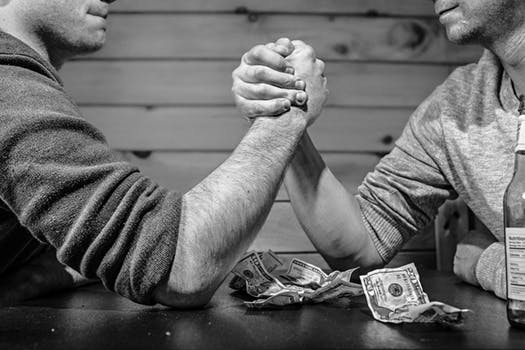 Ever since I can remember, I’ve had to have the last word.

Now, I’m sure I’m not the only person with this fixation. I’m certain there are plenty of people out there who feel that bizarre need to say that last something, even if it’s just a very lame, “Whatever” or, “You make no sense.”

Unfortunately, so is my need to have the last word.

“That line didn’t even make sense,” my sister sneered. “You just needed to have the last word, didn’t you? Pathetic.”

“There you go again!”

She shook her head. “Whatever.”

And so on and so forth.

No matter what happened, I had the last word, whether it was yelled across the room or murmured as I marched up the stairs to sulk in my lair.

If I’m giving the impression that my last words were always stupid and senseless, let me correct you there; they were (except for a few rare exceptions) incredibly witty and barbarous.

I was the master of the last word.

Until I realized that my last words meant the exact opposite.

It clicked during one of my nearly-daily arguments with my older sister, Peri. We had been bickering about political views, not uncommon when one sister is a staunch conservative (Trump! Trump! Trump!) and the other is a raging liberal (my sister, of course).

“Without welfare programs, people will be dying on the streets! Don’t you care about all the innocent little children who are starving?!”

(That was, quite obviously, my sister. If you didn’t know that was a liberal view, you need to brush up on your politics. Just saying.)

I immediately launched into the rant I had been rehearsing in my mind the entire time she had been talking.

“Peri, the amount of corruption in the system is nuts! Trust me, even if they eliminated half the programs, there would still be the same amount of people starving.”

“You don’t know what you’re talking about.”

I had had enough.

We weren’t getting anywhere in this conversation, and I decided to end it.

I could see the last words in my mind. They were wonderful, barbarous!

They were, “The pot calling the kettle black,” illustrating how she, in fact, had no idea what she was talking about. Oh, they were just beautiful!

And they would, of course, be accompanied by the most illustrious stalking-out of any in history.

I opened my mouth, my eyebrows already shifting into their disdainful expression.

And then I stopped.

Because something had just hit me (and, no, not my sister. We’re not that juvenile!).

By having the last word, I had always thought I was being the bigger person, the one who could say something profound and leave the argument as if I had never wanted to begin it.

But having the last word wouldn’t make me the bigger person. Walking away without it, on the other hand, would.

People, I don’t know if I have ever experienced a more agonized moment than that.

I wanted that last word! I wanted it! I wanted to see the expression on Peri’s face when I said it and walked off, my head held high in the air.

I wanted it almost as badly as I wanted to breathe.

But I closed my mouth.

And walked out of the room, my eyes on the ground, every fiber of my being screaming to call those fantastic last words over my shoulder.

Contrary to popular belief, being the bigger person gives not one ounce of satisfaction.

Back in my lair, I continued berating myself. How, how could I have those beautiful last words on the very tip of my tongue and not say them?!

It was a scandal! An outrage! Something that went completely against my nature!

And that was the point.

I did it because I had realized I wasn’t being strong by saying it. In fact, those last words were my weakness, an addiction that had taken me over until I couldn’t not say them!

So, yes, I looked stupid, and Peri remains, to this day, a raging liberal.

But only I know the truth: I was the smarter conversationalist, the stronger person in the argument.

Because I didn’t need to have the last word.

And that’s my last word.