Written by Mimi Starr on Friday, 19 January 2018. Posted in Motovation and Inspiration

Get Out of Your Way! 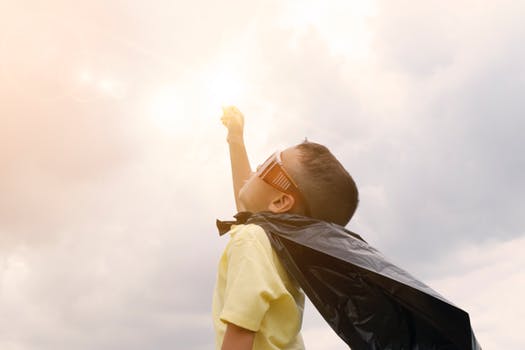 “I definitely want to do kiruv at some point.”

“Mimi, you can do whatever you want to.”

“You aren’t listening to me, aren’t you?”

My mother sighed, turned a page, and reached up to adjust her glasses.

“I heard every word you said. You want to do kiruv and work with kids at risk, and you want to know whether you can do both. I answered you. End of discussion.”

I folded my arms tightly and sat in sullen silence for a few minutes.

“Why do you always do that?” I said, sitting up suddenly.

“I’m starting to see the pattern here. Anytime I start talking about what I want to do, you either ignore me or try to change the subject. You don’t think I can do any of this stuff?”

“That’s not the problem.”

My mother was quiet. I leaned forward and squinted at her until she put the magazine down. She took off her glasses and rubbed her eyes.

“I just think you should give it some time, that’s all.”

“What’s that supposed to mean?”

“Don’t take this the wrong way,” she said in a tired sort of way, “but you are only eighteen. I just think you should wait a while before you start changing the world.”

I drew myself up to my full height of five feet, six inches and began to expand on the ridiculousness of that statement.

Needless to say, the night ended in huffy silences and tears (mostly mine). But my mother conceded defeat and told me I could do whatever I wanted to, as long as I didn’t get her involved.

Story of my life.

For practically the entirety of my eighteen years on this planet, I’ve been a dreamer.

I’ve wanted to work with unaffiliated Jews, teens at risk, and kids with learning disabilities. I’ve dreamed of opening a rehab clinic and a school. If I had my way, I’d be a teacher of various subjects, tutor, social worker, veterinarian, blogger, writer, actress, and countless more.

I spent most of my high school recesses, painfully short though they were, asking my classmates what they wanted to do once they graduated and staring blankly at them when they said they didn’t know yet.

I mean, what is that even supposed to mean?!

Today, I’m a blogger whose first post had nearly one hundred views in the first week. Now, that may not sound impressive to you, but I’m the girl who always sticks to the edges of the crowd, who would infinitely prefer writing a short story over having to make small talk.

Youth is never an excuse for not being a success.

King David killed Goliath when he was 17 years old. Alexander the Great founded his first colony at 16. Mark Zuckerberg launched Facebook when he was only 19. Louis Braille invented the Braille system at 15 years old.

Saira Blair was 18 years old when she was elected to the United States government. The entire U.S. mainland knew about Annie Oakley’s incredible sharpshooting skills when she was only 15. 18-year-old Missy Franklin won 4 gold medals at the Olympic Games.

I can go on for a while if you want me to.

But the punch line is this: You need to get out of your own way. You need to stop letting your lack of confidence in your abilities block you from changing the world.

I know what it feels like to fall. Every time it happens, I can hear a little voice in my head whispering. It sounds like my mother.

“You’re still very young,” it says, “only eighteen. Just drop it and come back in a few years.”

There’s no time for me to wait a while.

I need to get out of my own way.

I need to start changing the world.